US President Donald Trump’s rhetoric has once again underpinned the gold price after he threatened to shut down the government at a rally in Arizona if he does not get the funding to build a wall between the US and Mexico, which was one of his campaign, promises.

"If we have to close down our government, we're building that wall," Trump told his supporters in Arizona.

As a result, gold pushed higher at the expense of the US dollar which was quickly sold off.

"It's clearly concerning if he wants to tie the wall to the government shutdown. That's certainly an issue and that's an issue for the dollar," Chris Watling, CEO of Longview Economics

On the chart, we can see that gold has been stuck in a tight trading range for the past five sessions with good support at the $1,282 level.

The highlight for gold this week and the potential  catalyst for a break above the strong resistance level of  $1,291  will be the central bankers meeting held over 4 days beginning on Thursday in Jackson Hole, Wyoming

The range of speakers speakers from around the world include Fed Chairwoman  Janet Yellen and European Central Bank President Mario Draghi who will lay out their economic policies.

Over the years, the gatherings at Jackson Hole have moved financial markets significantly including the gold price and this time should be no different if Yellen comes out with a dovish approach on the US economy and it maybe just what gold needs to push higher. 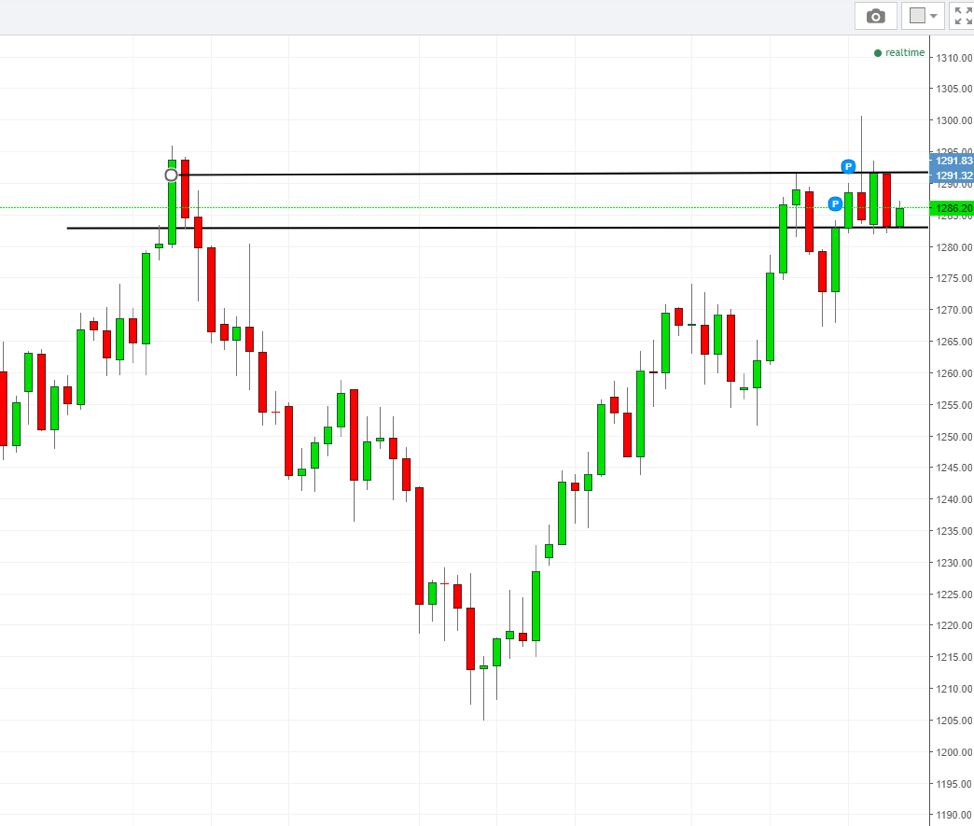 The world of trading has no boundaries